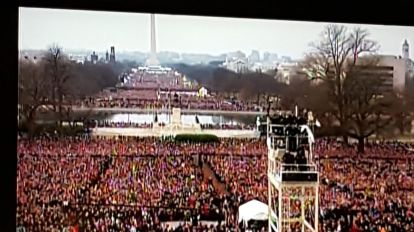 Today is Inauguration Day.  Today in the United States, Donald J. Trump took the oath of office and was inaugurated as the 45th president of the United States.  Regardless of your political views, regardless of whether you voted for Trump or Hilary, or you abstained, today is a time that merits reflection.  Reflection for us as a nation, but also, and perhaps more importantly, for us as individuals.

Today marks a new beginning in our country.  Today is the start of a new administration in the White House.  In view of the events leading up to and including today, I believe there is much we can learn and model from this concept of inauguration.  What are the lessons and the symbolism of inauguration that we can learn and apply to our own lives?  Here are a few thoughts that come to mind.

Inaugurate-Definition: So, what exactly is the definition of to inaugurate?

One thought on “Inauguration Day 2017-What will you Inaugurate this Year?!!”